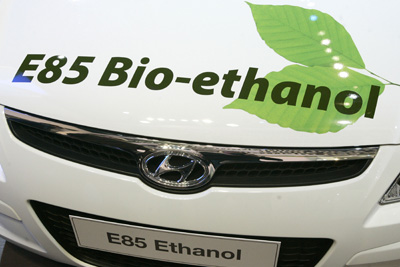 The calls for fleet owners to switch to cleaner vehicles has become almost constant in the past 12 months.  With pressure mounting on both local and central government to clean up their air act and car buyers continuing to desert diesels in droves, drivers are increasingly looking for cleaner, greener fleets.  Up to now most attention has been focused on electric fleets, but are there alternatives to this accepted fuel solution?

In this latest blog from getaquoteinsurance – the UK’s leading provider of affordable fleet insurance cover – we’ll take a look at some other potential fuels of the future.

Natural gas comes in several forms – liquid petroleum gas (LPG), compressed natural gas (CNG) and liquefied natural gas (LNG) – and has been powering vehicles for some years now.  There are several advantages to this type of fuel type, including:

One area where gas powered vehicles can really drive change is in the area of HGVs.  It is estimated that there around 120,000 HGVs on the UK’s roads and that they account for as much as 27% of all NOx emissions.  By switching to a gas hybrid – something that is far more realistic in the short-term term given the lack of electric trucks – truck fleet owners could not only cut their environmental impact but also see cost-savings of 10–15%.

The downside of gas is that it’s a fossil fuel and is therefore a pollutant, and it’s also in limited supply.  Both of which probably make its future somewhat limited.

As a fuel source hydrogen has much going for it. It’s massively abundant, it’s non-polluting and its extremely cheap.   Electric cars using a fuel cell use hydrogen and powers it by disrupting the reaction within the cell to generate a charge.  Hydrogen powered cars are more efficient than diesels or petrol ones and all they produce from the exhaust pipe is water vapour and warm air.  Brilliant!  So why aren’t we using them?  Well, there are reasons:

This all sounds pretty damming and could easily mean the end of the road for hydrogen as a fuel source for fleets were it not for the considerable advantages that it can provide:

Biodiesel in the early 2000s was seen as a potential solution to the world’s energy problems.  In the US thousands of acres of land that had previously been given over to food production were switched to grow fuel.  In the UK crops such as sugar beet – one that was under pressure from people’s desire to cut down on their sugar intake - was effectively pressed into service too.  Lower CO2, lower sulphur, lower fuel costs and greater efficiency owing to improved lubricity, all made people wonder if that was the fleet fuel of the future.

Biodiesel was also controversial though.  Many said it was immoral to put food resource into growing crops for fuel while millions around the world were starving.  Green campaigners pointed out that while biodiesel was cleaner it was far from clean.  While research from the likes of the Argonne National Laboratory showed that pure-biodiesel is 74% less polluting than regular diesel, most agree that other fuels – notably electricity – are far better for the planet.

Biodiesel remains significant – especially in the US.  But in line with the death of diesels it is now regarded as something that is largely a short-term way to make it cleaner to use diesel until it can be replaced.

In the same way that traditional fleet vehicles have been a binary choice between petrol and diesel, so the future seems likely to be a choice be electric and A N Other.  With the major manufacturers all pinning their hopes on electric vehicles and consumers increasingly choosing them, it seems unlikely that their surge will run out of juice.  Hydrogen definitely has potential, but there are complex issues that will need to be addressed.  Biodiesel is likely to decline, though a use may well be found for industry and HGVs in the short-term, and options such as solar are interesting but are far from practicable at the moment.

For the time being at least, the future is electric.  If you would like some help on switching to an electric fleet, you can read our guide here.

If you have any questions on insuring your fleet of company cars, or would like to see if we can help you get cover for your electric vehicles, then get in contact today by calling us on 0800 977 6037.  Or if you'd like to get a cheap fleet insurance quote then please click here now.