How To Switch To An Electric Vehicle Fleet in 2019 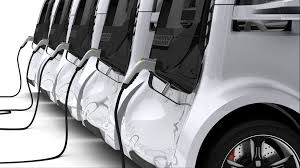 2018 will probably be remembered as the year that the electric vehicles came under serious consideration by fleet owners.  Electric cars have rarely been far from the news in the past year and are increasingly being taken as a viable alternative to diesels.  Advances in technology, the introduction of clean air zones, improvements in vehicle ranges and spiralling fuel prices have all lead to a surge in electric vehicle sales.

Much of this growth has been driven by private motorists, however, and fleet sales have been slower to take off.  Given the number of vehicles involved, the need for those vehicles to be on the road and the obstacle of driver acceptance, this isn’t all that surprising.  Fleets though need to electrify if they are to survive.  The costs of not doing so in terms of cash, brand reputation damage and the likely access limitations that traditionally fuelled vehicles will face, are just too high to be ignored.

So how does a fleet owner make the switch to ultra-low emission vehicles (ULEVs) and what are the cost and savings implications?  In this latest blog from Getaquoteinsurance – your source of affordable feet insurance quotes – we look at how you can electrify your fleet and see what help is out there to help you do just that.

Traditional fleets are on a timeline.  By 2040 new petrol and diesel vehicles will be banned in the UK and, if the EU have their way, they could be banned elsewhere as early as 2025.  Coming much sooner – as early as next year – councils up and down the land will start introducing ‘Clean Air Zones’ (CAZ).  These designated zones will either be off-limits to high polluting vehicles or the costs of entering them will be so prohibitive that doing so will not be commercially viable.   So how do you make the move to a cleaner, greener fleet?  Here’s our five-step plan…

Electric vehicles are the future – that’s a fact.  While they may not become widespread in the next twelve months, they are coming and we need to be ready.  Currently there are some really worrying trends abroad.  For example, 33% of fleets are unaware that CAZ are coming and subsequently have no plans to deal with them.

Businesses need to engage their drivers, their vehicle suppliers, their insurance brokers and their fleet managers and start making plans for succession.  Those who don’t will find themselves facing spiralling costs, access to towns and cities severely limited and criticism of their lack of environmental credentials rising.

So, we need to act and the first step down that road is offer drivers vehicle lists that have electric vehicles on them.  Just a couple of years ago this would have been a tough ask – choices being either a Nissan Leaf at one end of the scale and a Tesla at the other.  These days its far easier as all the major manufacturers have models either on the road or close to full production.

Demand for electric cars from private buyers is growing.  According to recent figures from the Society of Motor Manufacturers and Traders (SMMT), plug-in hybrid and pure electric cars now make up 8% of the overall market.  This figure is rising sharply year-on-year as drivers latch on to the lower mileage costs – 2p per mile versus 12p mile – and, form a company or fleet car driver’s perspective, the lower benefit in kind tax levels.

Range has always proved a major sticking point for fleet owners:  All the cost per mile savings in the world are no use if their vehicle’s left stranded miles from a charging station.  The number of charging stations in the UK has risen sharply recently with deals such as BP’s acquisition of Chargemaster making predictions of the UK having more charging points than filling stations a reality by 2020 seem likely.  Vehicle ranges have also risen massively and the days of cars being able to cover 400+ miles on a single fast charge aren’t far off as battery technology continues to leap ahead.

One way to make sure your fleet is always ready for the road is to install your own charging points.  Now for small firms this isn’t practical, well not yet – though domestic charging is now a relatively affordable option.  For larger businesses though it is, and the government is offering grants of up to 75% toward the cost of installing a charging point.  This, and a little education around journey planning and installing sat navs that have charging points flagged, means they are a realistic option.

Now is a really good time to get rid of diesel cars.  While sales of new diesels have been devastated by changes in taxes and the fear of pollution and have fallen 24% in the last year, second hand diesel sales are thriving.  In August 2018 they rose again by 3.2% according to the SMMT, so if you have a fleet of diesels that you own, now’s a good time to sell.

There’s a conversation to be had with your fleet insurance broker about this.  At present this is a specialist area and your existing provider may not be able to help you with a quote.  As the number of ULEVs on our roads grows though, so does the number of electric fleet policies that are available.  At Getaquoteinsurance we are getting more and more calls for electric car quotes and we’re always happy to discuss you needs.

Electric Fleets: Here Comes The Future (And You Can’t Run From It…)

With their savings on everything from mileage, fleet insurance quotes, day-to-day running costs, the increased tax pressures on traditionally powered vehicles and their improved practicality, electric fleets look like a good option.  Add to that the increased tax burden and restrictions on movement on traditional vehicles and they are starting to look like the only option.

The simple truth is that these vehicles are the future: they are coming and all of us need to adapt to that change and start that adaptation now in order to save money, time and business disruption.

If you have any questions on insuring your fleet of company cars, or would like to see if we can help you get cover for your electric vehicles, then get in contact today by calling us on 0800 977 6037.  Or if you'd like to get a cheap fleet insurance quote then please click here now.